Riverside has a new mural created by artists Odinamaad (Isaac Narcisco Weber), Chief Lady Bird (Nancy King) and Dave, along with Indigenous youth and traditional knowledge keeper Philip Cote who helped with youth workshops to conceptualize the mural design. The work on the mural was completed on July 20th on the walls of Woodgreen Services at 650 Queen Street East.
See a video of the completed mural!

The artists’ creation is rich in symbolism, stories and connections – from the floral designs on the west wall, all the way to the feather on the south wall. This is a mural full of messages of celebration and survivance of the past, as well as welcomings and good wishes for the future. No piece of this mural is without meaning and is truly a blessing to have it as a part of Riverside.

Stay tuned for details of mural launch celebrations coming up on August 27th, 3-6pm outside 650 Queen St E – pls save the date! 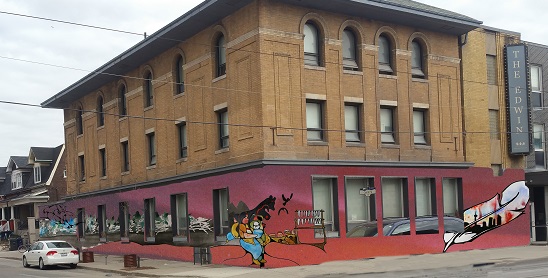 Toronto has the largest population of urban indigenous populations, but there are few public visual markers that showcase the cultural vibrancy, voice and creativity of these communities.

As a district with a long and rich history, the Riverside BIA feels it is important to ensure that there is also reference to Indigenous heritage. For this reason, we focused on engaging a group of Aboriginal artists to do a piece in Riverside that speaks to the area’s First Nations heritage. The ‘Tkaranto Past/ Tkaranto Future’  (Toronto Past/Toronto Future) Mural will reference historical communities in the area, but also showcase the community as being one that is vibrant and contemporary. 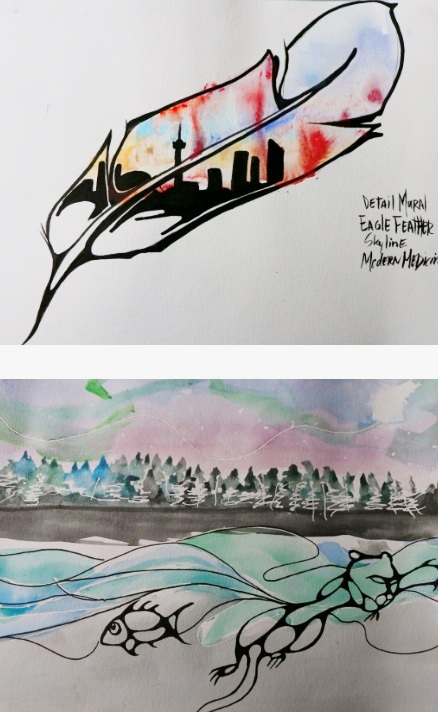 The piece is a blend of traditional woodland and contemporary street art styles – reflective of the different generations that have been involved in the mural’s creation. Philip Cote, is a veteran Indigenous artist, elder, and muralist. Isaac Weber is a well-known street artist. Destiny Rae Wheatley is a young emerging artist. Chief Ladybird is of Potawatomi/Chippewaand  is a visual artist and teacher from Mnjikaning Rama First Nation, based in Toronto. Further, these artists have engaged with the next generation through a series of workshops with youth from Council Fire, to help inspire the mural design. 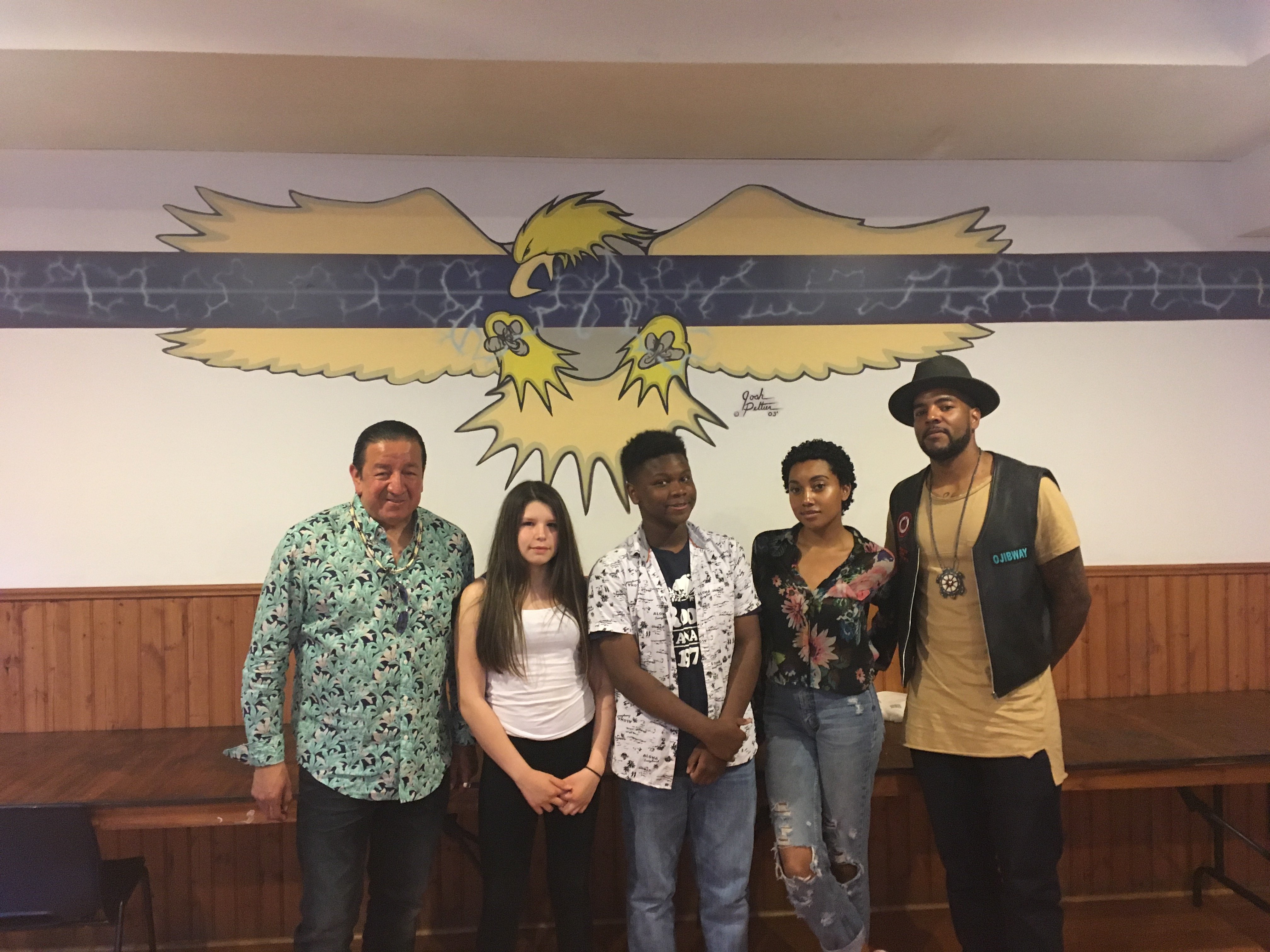 Thank you to mural supporters:  This project has been made possible in part by the Government of Canada,  StreetARToronto, Cultural  Hotspot , Ontario 150, and Woodgreen Community Services (for lending us their wall!)